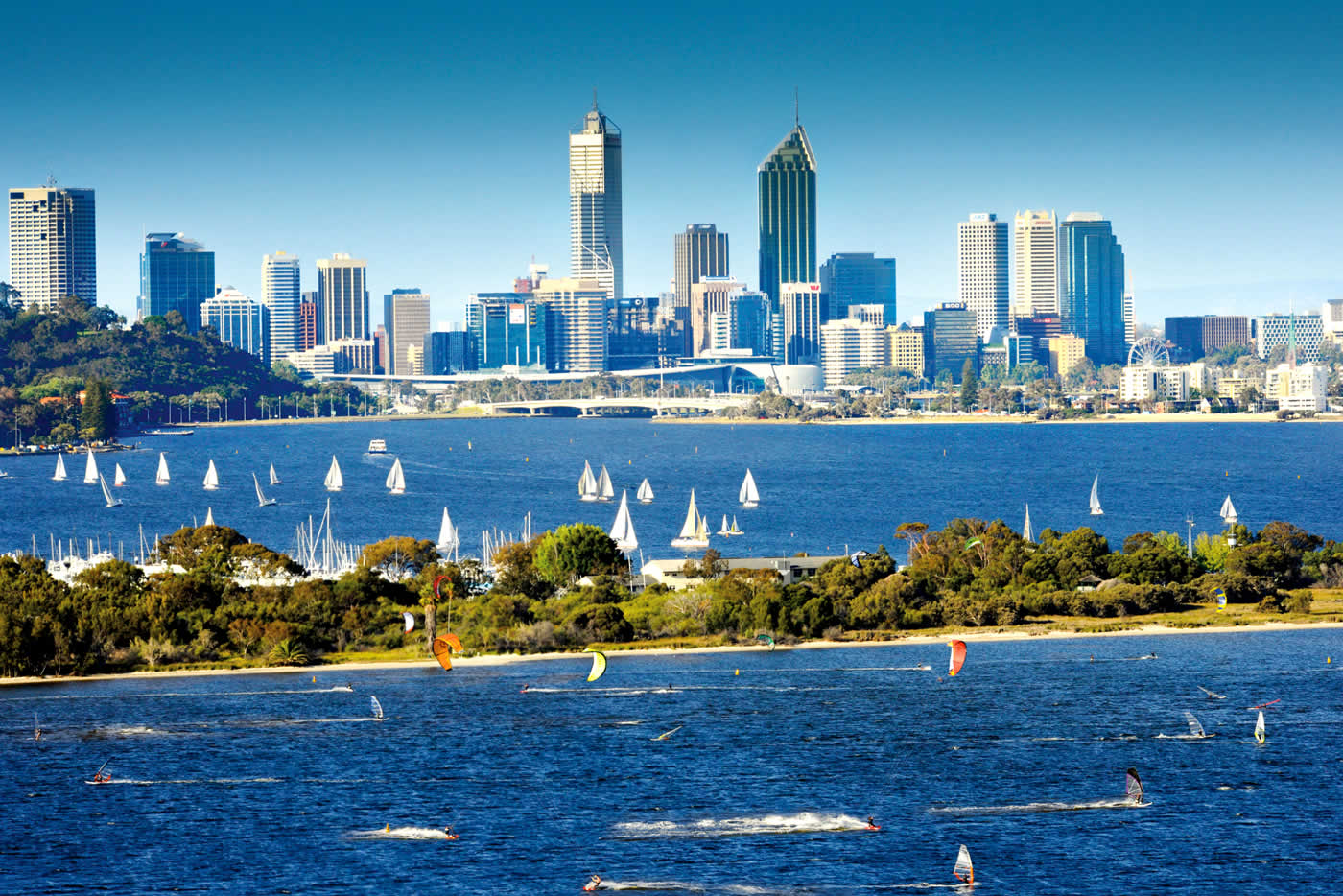 Western Australia is the largest state in Australia and occupies some 2.5 million square kilometres, approximately one-third of the Australian land mass. Within this large area, there are several distinct regions, each with quite different climatic conditions.

The southern half of Western Australia experiences its four seasons at opposite times of the year from countries in the northern hemisphere. It is predominately a Mediterranean climate with cool wet winters and warm dry summers. The north of the state lies in the tropics and experiences dry winters, summer rains and cyclonic activity.

The City of Perth

Perth is the capital city of the State of Western Australia and has a population of nearly 1.5 million people, which is more than 75% of the State's population. It has a warm, sunny climate with annual rainfall of 880mm, most of which falls between May

and September. It has the highest number of average daily sunshine hours of any major Australian city. Humidity and pollution levels are low.

The metropolitan area of Perth has approximately 60km of coastline with some of Australia's best beaches. Water sports and other sports are well catered for by the physical landscape, weather and suburban infrastructure.

Perth is a major tertiary education hub with five universities with a combined enrolment of nearly 80,000 students