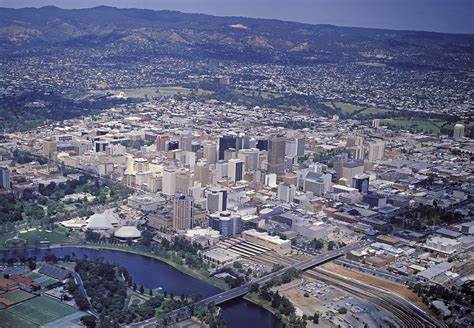 South Australia is a sophisticated, modern and affordable place to live, work and study. The capital city of Adelaide has all the hallmarks of a major urban centre with modern and classical architecture, a bustling retail hub and a multi-cultural population.

New Yorker magazine once called Adelaide "the last well planned metropolis on earth" - and newcomers will soon realise this.

The city has wide streets and central squares ringed by 900 hectares of lush parklands.

In every sense this layout sets the scene for modern-day life in Adelaide. Traffic is rarely congested, people are relaxed and friendly, the air is clean and the public transport system can take you to the city’s white, sandy beaches or the Adelaide Hills within half an hour.

Because of its Mediterranean climate, Adelaide has hot dry summers and wet cold winters. Be aware of the harshness of the sun in summer and always wear a hat, sunscreen and cover up, particularly in the middle of the day.

It doesn’t snow in Adelaide but it does get pretty cold and wet in winter. Umbrellas and waterproof jackets are essential when you are out and about in the winter months.